“Once a year, go someplace you’ve never been before”
Dalai Lama

Namibia is a country of astonishing contrasts, it’s name, literally translates as ‘big emptiness’, evokes the oldest desert in the world, the Namib and a sea of red sand dunes along the Atlantic coastline.

The many national parks and game reserves boast a huge variety of wildlife in a kaleidoscope of differing environments: white saltpans, red dunes and lonely beaches.

The Namib-Naukluft National Park is a vast area of pristine wilderness encompassing a large portion of the Namib Desert as well as the Naukluft Mountains.

The most well-known area is Sossusvlei an area characterized by its enormous sand dunes and moonlike dry pans and vleis, some of the world’s tallest dunes are found here like the Big Daddy and the Dune 45; a balloon safari offers an awe-inspiring experience soaring silently above the desert.

The sand sea, despite the lack of vegetation and low rainfall, is not without life and surprisingly diverse array of insect, reptiles and rodents can be found.

Damaraland is a wonderland characterized by flat-topped mountains, wind-sculpted sandstone cliffs, broad valleys and dry riverbeds that carve their way through deep gorges and ancient geological features indicating a wetter past.

Twyfelfontein is a famous destination in Damaraland area thanks of its many rock paintings and rock engravings of the San, or Bushmen. 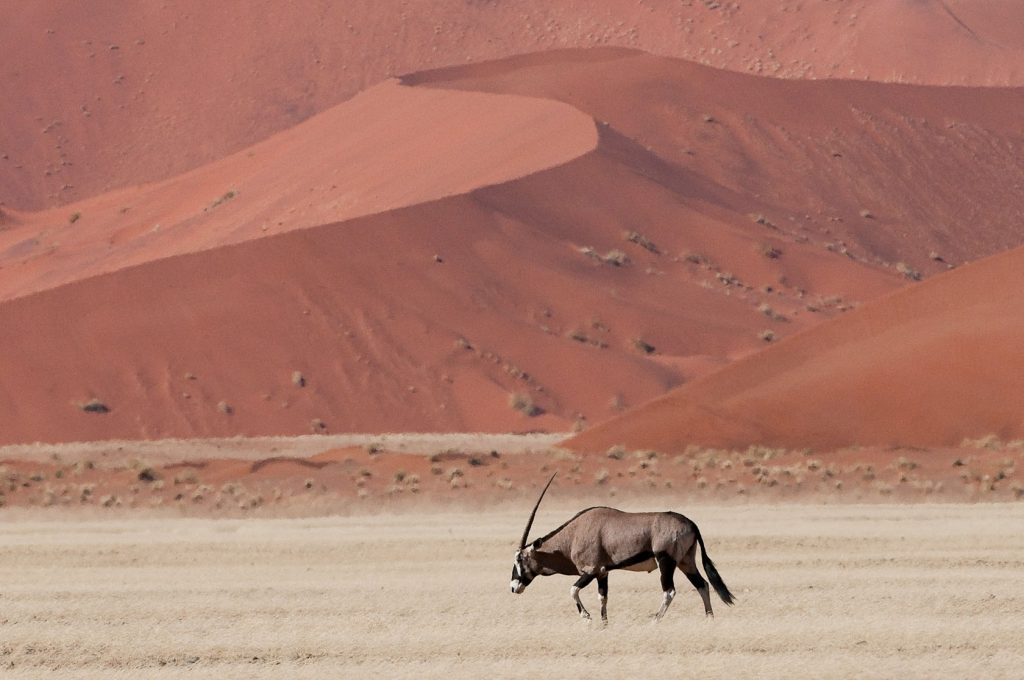 Damaraland is also home of a diverse array superbly adapted desert wildlife like the rare elephant  and giraffe that roam the seemingly inhospitable desert and semi-desert.

The Kaokoveld region is one of the harshest environments on the planet, with endless vistas across stark plains, ancient valley, rugged peaks, anding at the desolate shores of the Skeleton Coast.

The coast is characterized by strong currents, unpredictable weather and thick fog make this part of the Namibian coast one of the most feared spots for sailors.

Skeleton Coast is famous for its mysterious shipwrecks, seabirds and noisy colonies of Cape fur seals furthermore the vegetation that fringes the courses of ephemeral rivers provides sustenance to a diverse array of wildlife like elephant, black rhino, giraffe, gemsbok and Hartmann’s mountain zebra and predators.

Etosha National Park is dominated by the stunning Etosha pan as well as the variety and concentration of game that crowd its surrounding waterholes: a photographer’s paradise.

Etosha is home to a surprising variety of animals and has one of the largest populations of black rhino in the world; supposedly also the most stable.

The Fish River Canyon, the second largest canyon in the world, s a natural sanctuary for Karoo succulent flora and endemic wildlife. 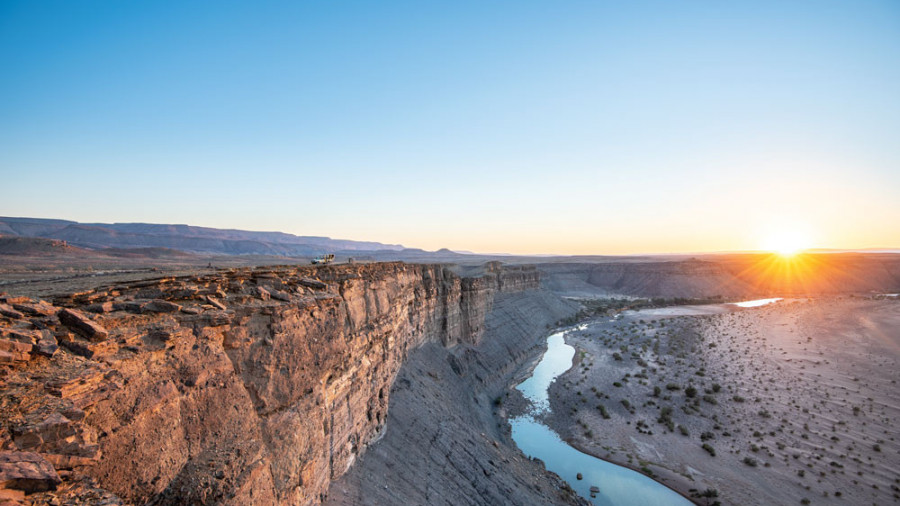 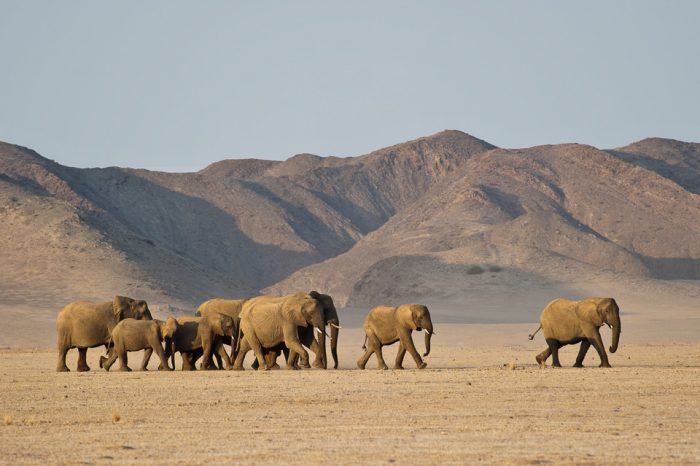 Overview This incredible trip offers the opportunity to travel and discover some Namibia's most remote desert areas, from the red dunes at Sossusvlei to the rugged Damaraland. Namibia is a vast desert country of rolling dunes and …