“No-one can return from the Serengeti unchanged, for tawny lions will forever prowl our memory and great herds throng our imagination.” – George Schaller

Few destinations in Africa can rival Tanzania’s diversity of wildlife and landscapes, 25% of Tanzania is protected by national parks which are estimated to support about 20% of Africa’s mammal population.

The ideal bush and beach destination, visitors can witness the mighty herds of the Great Migration thundering across the Serengeti National Park plains and end their unforgettable safari with a serene beach holiday on Zanzibar, the intoxicatingly beautiful and exotic Spice Island.

To better understand how to travel in Tanzania we have to consider five different zone:

The Great Migration is considered the most thrilling spectacle in the animal kingdom, the annual mass migration of wildebeest and other herbivores, with their ever-attendant entourage of predators is a breathtaking experience, the perfect choice for a safari.

In this year-round cycle across the Serengeti-Mara ecosystem, over 1.5 million wildebeest, 400 000 zebra, 300 000 Grant’s and Thomson’s gazelle and 12 000 eland throng the landscape, following the rain, in search of fresh pastures. 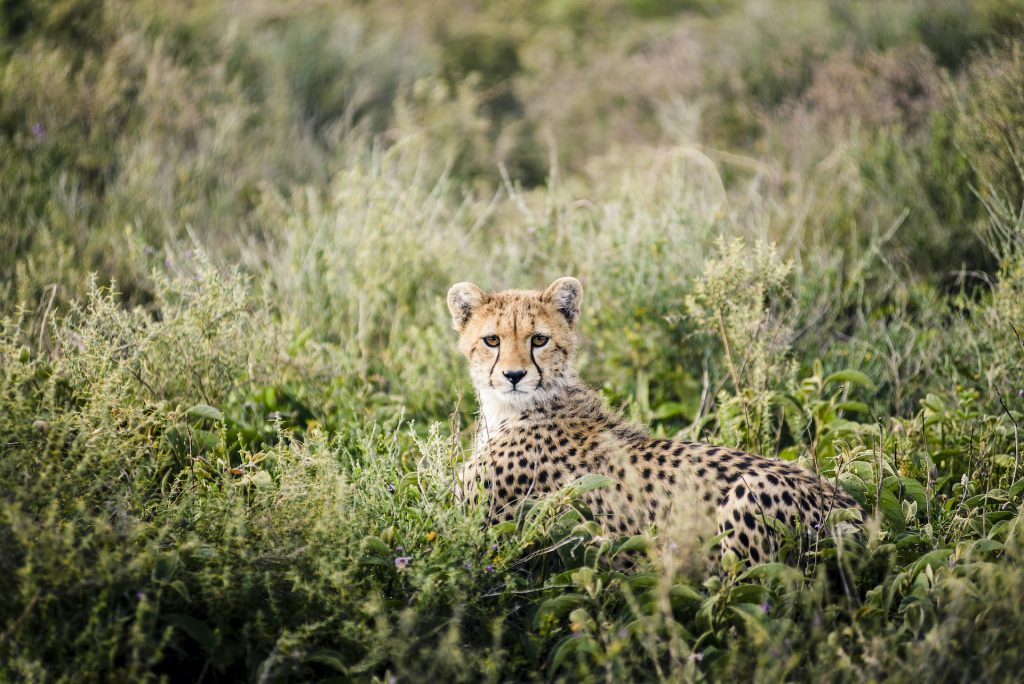 Tarangire National Park known as the “the park of the giants” because the large herds of elephants and forests of enigmatic giant baobab trees.

Tarangire’s landscape is incredibly diverse and stands out from any other park on the traditional northern safari circuit.

Ngorongoro Crater is a sparkling jewel, it’s a UNESCO World Heritage Site characterized by the world’s largest intact volcanic caldera which constitutes a natural enclosure for a thousands of animals, the ultimate Big5 destination.

Katavi National Park, off the beaten track, is isolated and undiscovered, is one of the most untouched areas in the entire country.

The new Nyerere National Park, the largest national park in Africa, could easily be described as the “Serengeti of Southern Tanzania” present diverse range of wildlife giving the wildlife enthusiast an unprecedented up close and personal view of wildlife in action.

The open horizons and abundant wildlife of the Mkata Floodplain, the centre piece of Mikumi National Park is perhaps the most reliable place in Tanzania for sightings of the powerful eland, the world’s largest antelope

Ruaha National Park is a a pristine location, the park, the second largest national park in Tanzania, is famous for its huge herds of elephant, and is also a bird watchers paradise with over 530 species.

Ruaha National Park is home to abundant game, around 10% of the world’s lion and offers exceptional walking safaris surrounded by beautiful, unique scenery.

In Tanzania is possible to enjoy the Chimpanzee tracking, Gombe National Park  and the Mahale Mountains National Park both offer exciting activities.

Africa’s highest mountain, Mount Kilimanjaro, rises from lush, grassy plains and towers over the land. Its snow-capped peak is a sight to behold. Climbing Kilimanjaro is surprisingly easy and standing on the roof of Africa is a life-changing experience. 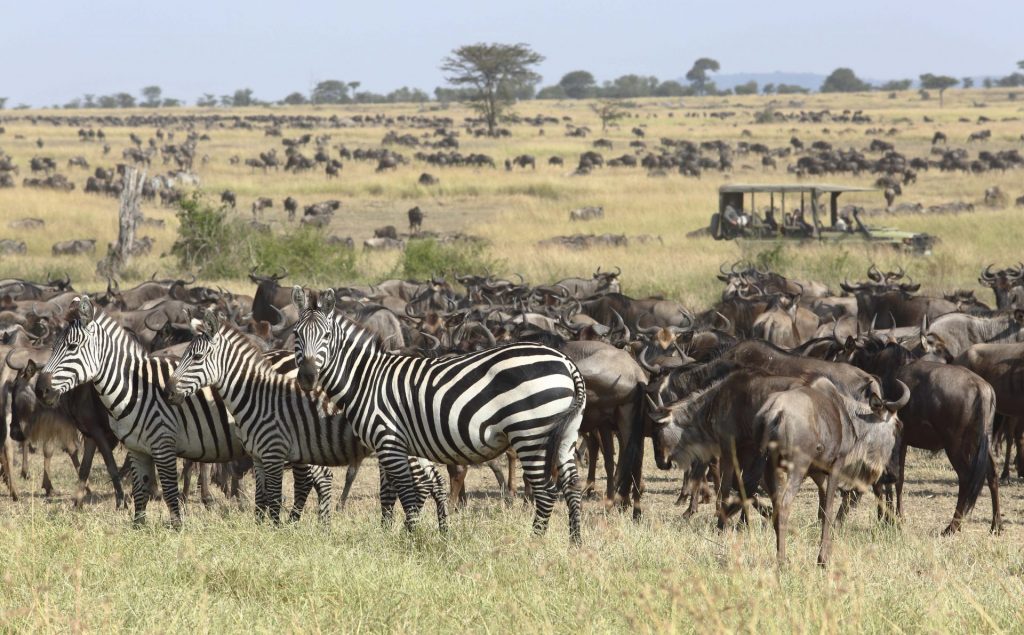 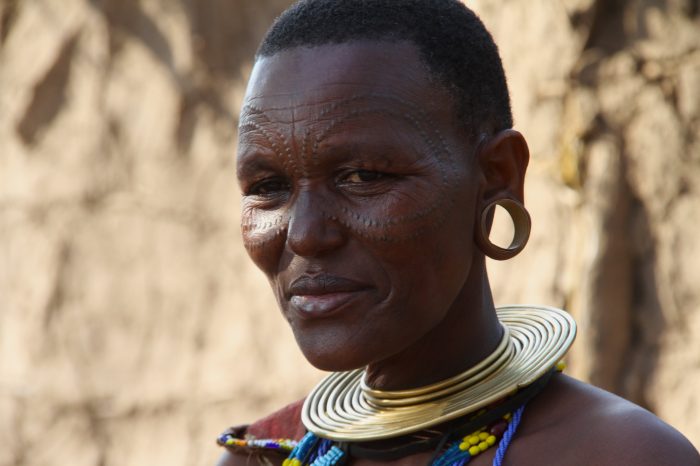 Overview An exciting journey that combine the Tanzania's stunning wildlife, an incredible cultural experience and a trekking excursion on an active volcano. Tanzania is well-knowed for its protected areas where a large number of animals roam free, … 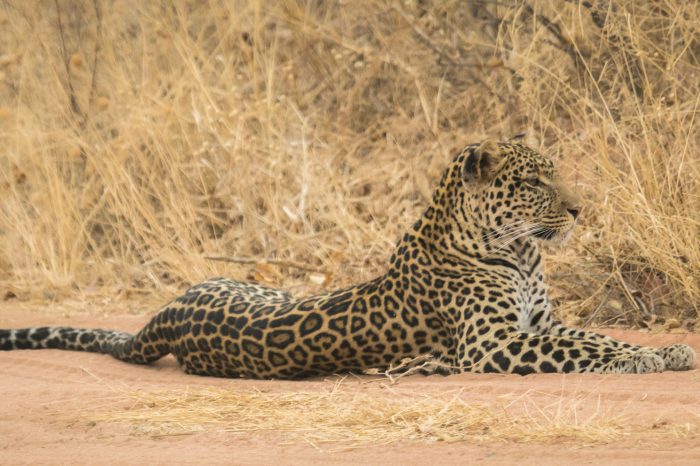 Overview This thrilling journey allows to explore Tanzania’s spectacular landscapes and wildlife treasures without giving up luxury comfort, servicies and privacy. On this exceptional safari adventure in the Northern Circuit, four natural paradise will reveal their secrets … 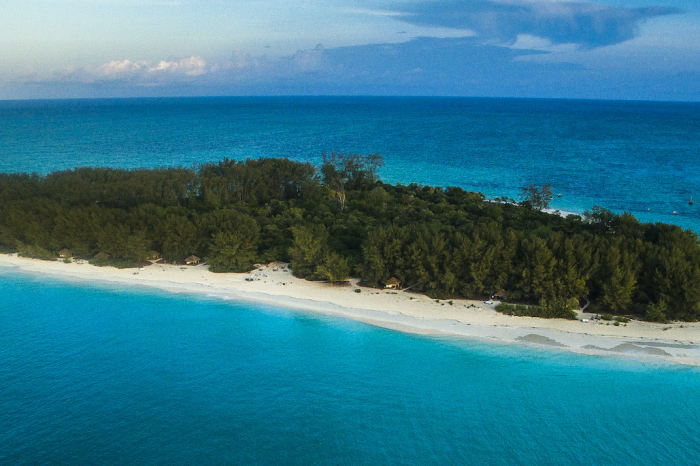 Honeymooner Special
from 3.900 US$

Off the coast of Zanzibar, Mnemba Island is an exclusive African romantic paradise of palm trees and white sand, surrounded by coral reefs and the bath-warm waters of the Indian Ocean. The private Mnemba Island host … 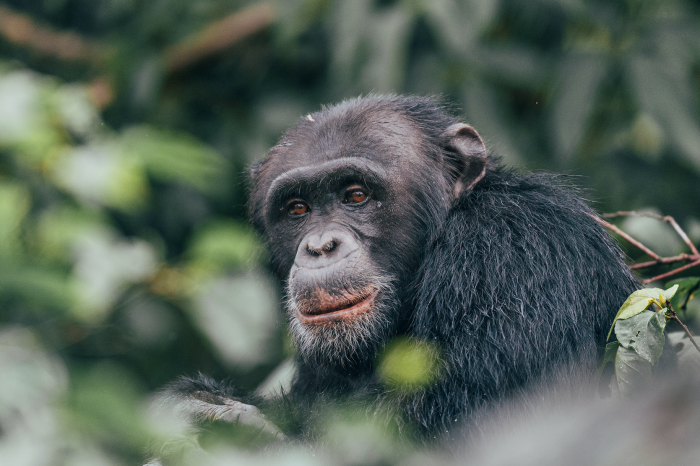 Rubondo Island National Park in Tanzania lies on Lake Victoria in the southwestern corner and rapresent a paradise for wildlife and a chimpanzees sanctuary. Rubondo is Africa’s largest island national park caracterized by an untouched equatorial evergreen forest, patches …