This incredible trip offers the opportunity to travel and discover some Namibia‘s most remote desert areas, from the red dunes at Sossusvlei to the rugged Damaraland.

The charme of the desert captures the soul and the dramatic landscapes of endless dune fields are breathtaking.

Considered one of Africa’s most mysterious corners, Namibia offers its visitors unique game-viewing experiences with rare desert-adapted game species like the desert elephants and rhinos.

The arid Namib Desert is one of the least densely populated places on Earth; Sossusvlei, a part of the Namib Desert, is renowned for its immense red sand dunes, some of the tallest in the world, and rapresent one of the most astonishing sites on our planet.

Sossusvlei is also part of the Namib-Naukluft National Park, a must see, one of the most driest and most pristine protected areas on Earth, the park presents vast spaces, endless horizons, dramatic desertscapes and jagged mountain heights.

In Sossusvlei you can enjoy a awe-inspiring balloon safari over the Namib Desert try to sight a gemsbok on the sand meanwhile the staff offer you a glass of champagne.

The charming town of Swakopmund retains a strong German flavour thanks to its cobbled streets and picturesque buildings to typical German restaurants and pubs.

Swakopmund is the perfect destination to explore the Atlantic coastline and is the gateway to the haunting Skeleton Coast.

Few attractions are as evocative and atmospheric as the desolate Skeleton Coast, despite being a land of desolation this place is so beautiful it will take your breath away.

The Skeleton Coast is home to the noisy Cape Cross seal colony, one of the largest breeding colonies of Cape fur seals, and rusted remains of wrecked ships that are often surrounded by swirling mists.

The wreckships of many ships that sank here over the past few centuries are the perfect location for an iconic photo.

In the northern area of the Skeleton Coast, a wild and remote area, is surprising discover how many desert-adapted animals can be found from elephants to lion and brown hyena.

The close remote part of the Kaokoveld is home to the semi-nomadic and pastoralist Himba people renowned for their ability to survive in an arid and seemingly lifeless environment. 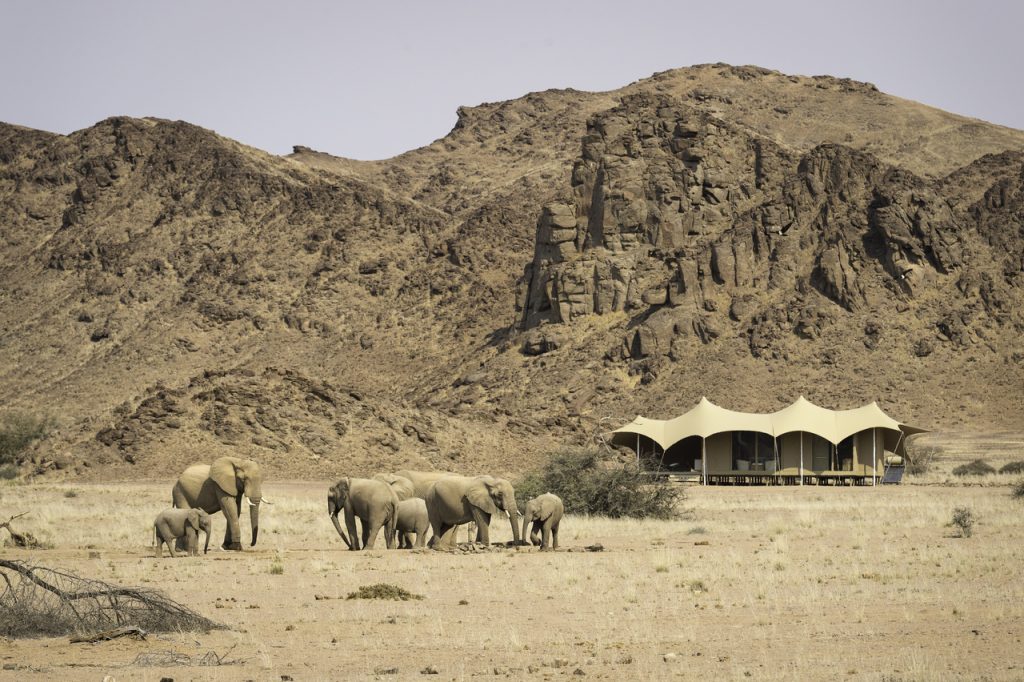 Damaraland is a well renowed wilderness area and home to an assortment of superbly desert-adapted wildlife such as elephant, black rhino, zebra and lion, which eke out an existence in this near-barren landscape making nature drives and walks unforgettable.

A not-to-be-missed attraction is the picturesque Brandberg, Namibia’s highest mountain, which is home of a unique rock art collection of thousands of ancient rock paintings, most notably the White Lady.

The rocky outcrops of Twyfelfontein, a World Heritage Site, feature Africa’s the largest collection of exceptional Bushmen engravings and rock painting, which are considered to be some of the best-preserved etchings on the continent. 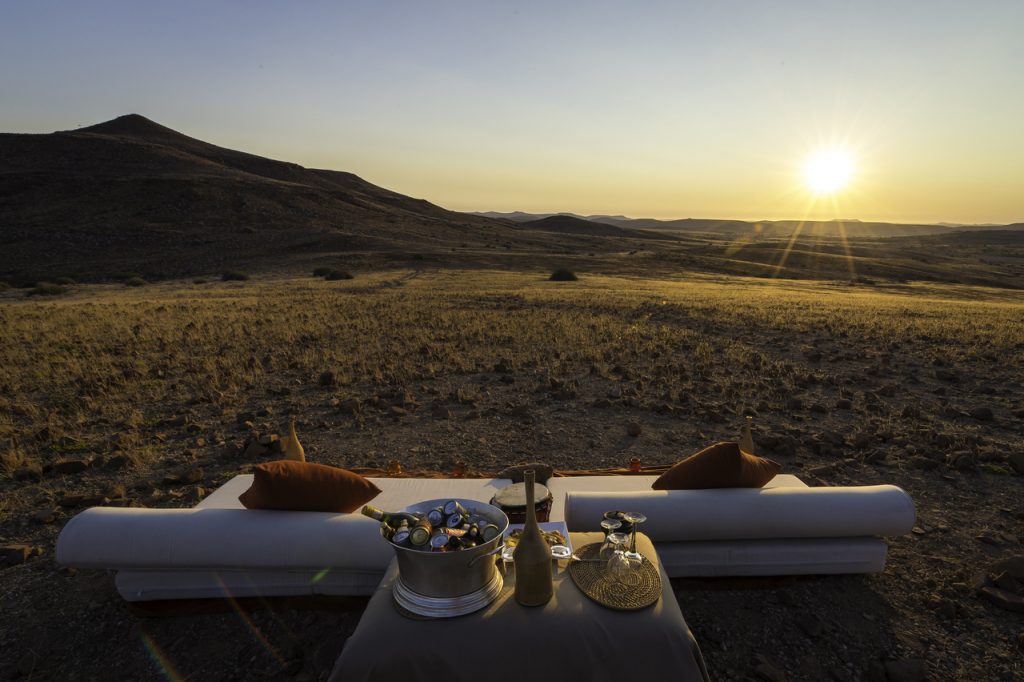